Could rule changes and safer equipment save football from itself? 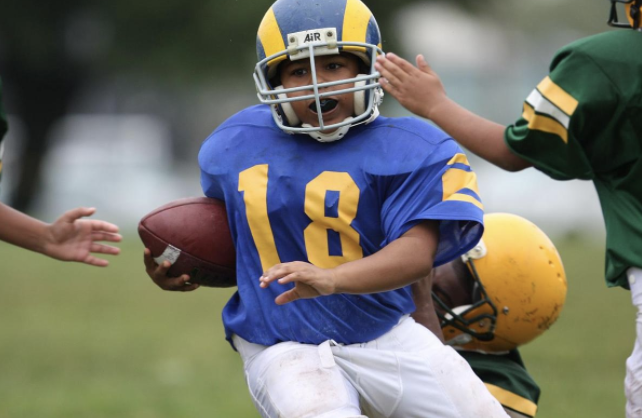 I confess that I love football. I played it in high school. Some of my teammates went on to the college gridiron, and one of them even had a long career in the NFL. That’s the dream, isn’t it? Big plays and big money on Sunday. Well apparently things are changing these days, and with good reason.

John Urschel doesn’t really conform to the stereotype of a professional football player. Yes, he’s 6 foot 3 inches tall and 300 pounds, but he’s also a master chess player and currently pursuing a Ph.D. in mathematics at MIT. Recently, he made headlines when he retired at the ripe old age of 26 from a very lucrative career with the Baltimore Ravens. Why? Because he plans on using his brain the rest of his life.

According the New York Times, a recent study at Boston University found that out of 111 donated brains from deceased football players, 110 had chronic traumatic encephalopathy, or CTE, which is essentially permanent brain damage caused by repeated hits to the head. This changes the odds of a football player having a prolonged disability from possible to probable. So, how can innovation save this game that has become a beloved national pastime?

There are a number of creative ideas coming from all corners. Let’s divide them into three types: equipment innovations, diagnostic improvements, and rule changes.

One of the most interesting suggestions for equipment changes is to go back to the old leather helmets used in the 1930s and 40s. The rationale is that there were far fewer reported concussions then because the soft shell and lack of a face mask made it almost impossible to use the head as a weapon.

On the other side of the spectrum, there are efforts to make the helmet out of sophisticated composite materials. A high-tech Seattle company, VICIS, has created a space-age helmet that they call the Zero 1. It’s highly engineered and multilayered with a metal shell, somewhat similar to those worn by Formula One race car drivers. This solution underscores the severity of the impact that these on-field collisions produce.

Some sports have been pretty much saved by equipment improvements. Consider how NASCAR changed its specifications for vehicle design, race track configuration, and safety systems after superstar Dale Earnhardt was killed at the Daytona 500 in 2001. But this ethos doesn’t seem to apply to all sports.

There are significant innovations that are greatly aiding in the diagnosis of a brain injury. Sensors in the helmet can record and transmit impact data, and inexpensive smart phone apps for concussion recognition are commonly used by team trainers. But these innovations are useful only after the damage has already been done.

Finally, the rules of the game are changing at all levels. For example, using the head as a weapon is now a penalty. In college, it results in an ejection from the contest. In the NFL, it brings a fine and suspension. While big-time college and professional programs have the ability to review game video footage, many high schools and sandlot teams do not. It really comes down to the officials. Their training and their ability to control the conduct of the game matter.

John Urshel may be unique in his quantitative abilities, but not in his decision to leave football. Others have also recently quit the game in their so-called prime. NFL ratings are down, and participation in youth football is waning. I guess we’ll have to wait and see if football can take on an innovative new form in the future.